Shaquille O’Neal is one of the most famous sports figures in history. Known for his dominance inside of the paint for the Los Angeles Lakers and his undeniable charisma, Shaq would go on to enjoy a Hall of Fame career within the NBA while simultaneously developing his brand into one of the most encompassing in all of the major sports. Now happily retired and ready to sell his smile on television during the big games, Shaq seemingly likes to spend his free time giving fits to those in need and making people smile along the way.

One such experience happened inside of a Zales jewelry shop between Shaq and an unsuspecting (but very grateful!) stranger.

A Gift For a Stranger

Do you remember the day that you got engaged? Do you remember all of the thought you put into the big moment, the care that went into selecting your engagement ring, and the nerves that went into the experience? For this stranger in Zales, the story he would share in the future would blow away even the most imaginative of engagement ring purchases.

Appearing on an airing of NBA on TNT, Shaq would talk about the viral video that had caused so many kind words of support. Shaq described the stranger in the store as “shy” when he overheard the man ask the counter, “How much do I owe to pay off my ring?”

Upon hearing the request, Shaq would step in and ask the shopper how much he had left on the purchase. Shaq would say, “I’m not going to say the amount – but it’s not much for me.”

Man of the People

Shaq and the stranger would end up in a polite argument as the shopper continued to rebuff the offer saying, “I can’t do that sir” before describing the layaway plan he had put in place. Still, the Big Diesel was relentless with his kindness. Shaq told the shopper, “I’ll take care of it. Tell your girlfriend, I got it.”

O’Neal went on to describe how happy the man had been for the gift, admitting that he hadn’t intended for the moment to go viral. In fact, Shaq had hoped the video wouldn’t make it onto the internet. Shaq said on TNT, “I don’t do it for that — I try to do a good deed whenever I leave the house.”

While this moment of kindness may be unforgettable for the stranger at Zales, it is far from the only time that Shaq has stepped up to help an individual in need. Shaq has repeatedly made large and small donations to individuals and charities alike. Additionally, Shaq made headlines a year prior when he pulled over beside a car wreck to help folks who had crashed in Florida. A spokesperson for the Sheriff’s office in Gainesville said of the event, “He didn’t stand around for any accolades, he got in his vehicle and left.” 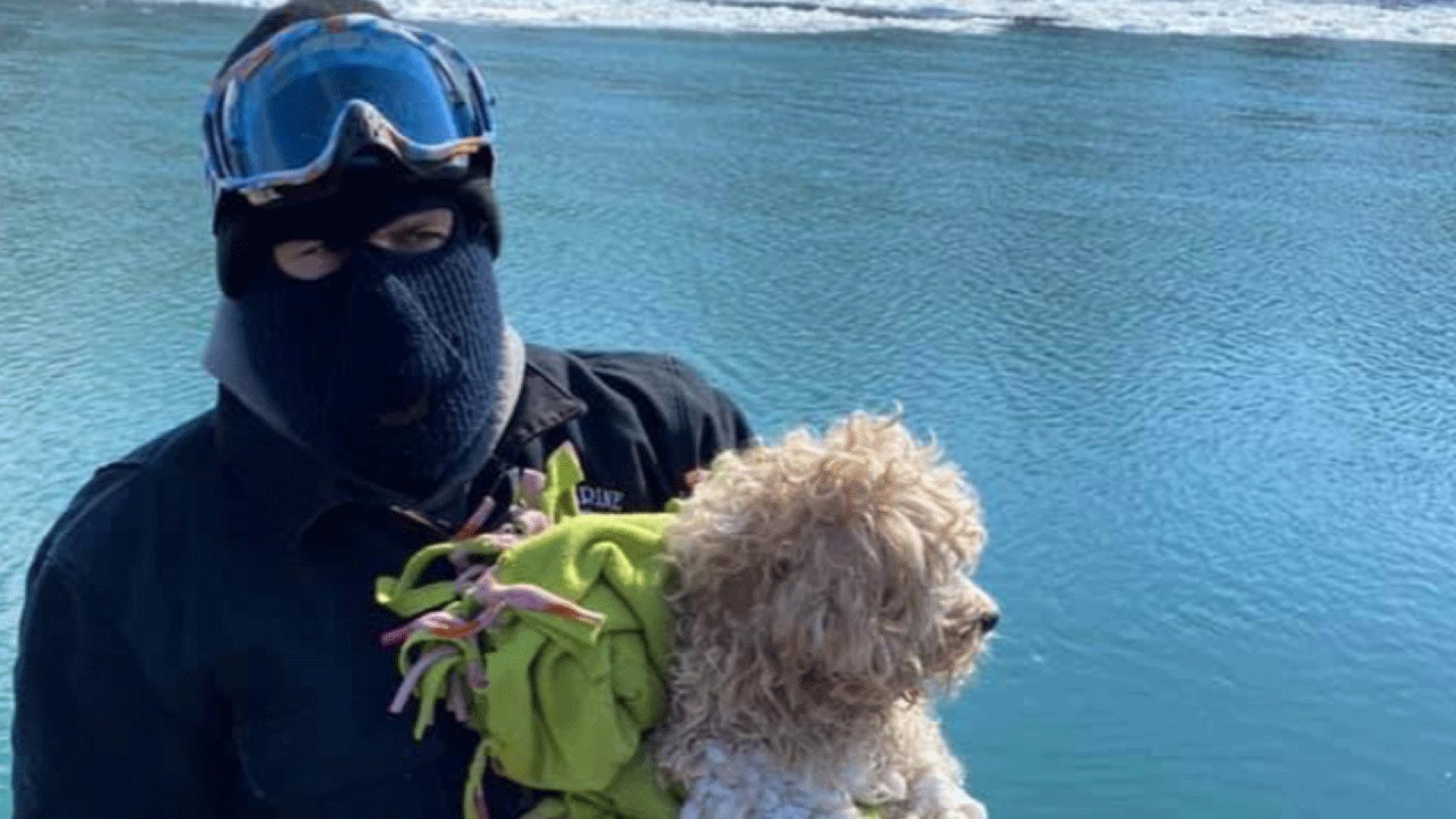 Dogs are man’s best friend, so it stands to reason that we should look out for them wh never we can! A dog was found recently and rescued from the Detroit River after being stuck on the frozen, ice-covered surface for at least four days. Four days of exposure in the freezing cold could have left any pup sick, disabled, or potentially deceased. Fortunately for everyone involved in this story, the Miracle dog once named Alfonso would survive and find his forever home in the process!

Originally known to the world as Alfonso, Miracle would come into the public spotlight after his rescue from the Detroit River. Alfonso had been just over a year old when he ended up getting chased onto the waterway, then covered in ice, by what appeared to be a coyote. The poor puppy would spend the next four days on the frozen ice fighting against both the biting cold and the wild elements just to survive. Throughout the process, nearby citizens worked their hardest to rescue the little critter.

Thankfully, Jude Meade of J&J Marine would show up to the Detroit River with a plan, an airboat, and a team to help him save the animal. Jude owns a marine construction company based out of Windsor, Ontario, and his airboat would be used to approach the island where the dog was stranded, quickly capturing the puppy in the process. According to Dr. Lucretia Greear, a veterinarian at the nearby Woodhaven Animal Hospital, the pup had been hiding onto the island alone, thankfully unharmed by other wildlife.

Fortunately for Miracle the Dog, a trip on Jude’s airboat would lead to an invitation to a new forever home. Jude would take Miracle to the nearby Woodhaven Animal Hospital for treatment whereupon the puppy was rejuvenated and restored back to full health. The dog had been suffering from frostbite across the pads of his paws as well as his underbelly, with dehydration and pancreatitis also manifesting. Fortunately, these issues were put in the past.

The River Rouge Animal Shelter considered adopting the puppy before deciding that Jude should have the opportunity, should he want to take it. Sure enough, the story would culminate with Jude coming back to adopt the puppy. The shelter wrote on social media, “Miracle could not ask for a better more ideal family to love him!”

When Miracle had been discovered, they found that he was not wearing a tag or a collar, nor did he have a microchip showing ownership to another family. The River Rouge Animal Shelter would release several updates on the story through their social media page detailing Miracle’s adjustment period. The post read, “Today the story came full circle, as the Miracle Dog was placed into the hands of the hero who had saved his life.”

Imagine going for a stroll on a typical beautiful evening then coming upon the strangest thing you’ve ever laid eyes on. A huge rock, but was it a rock?

Not only that, you end up being stuck outside your house because the authority figures you called in to deduce what it is came in droves and quarantined your home.

Yes, this is hard to fathom but one couple lived it after deciding to do more than look at the strange object but to seek help.

Here’s what happened next:

Terry held the piece of polished wood in his hands for a moment, thumb gracing the secret seam. The gift had been carefully selected and patiently chosen. After all, what Terry was looking at was far more than a simple piece of polished wood. Inside of the gleaming wooden prism was a second gift, a secret one, for the love of Terry’s life, Anna.

The gift itself was not meant to be found right away and so Terry let Anna hold onto it, knowing one day he’d help reveal the gift inside to her. What was inside? What was Anna’s reaction? Let’s dig in!

Dogs often get top-billing as man’s best friend, but cats have proven themselves to be capable of winning the title as well. That was the case with one very tuned-in tuxedo cat that picked up right away there was something wrong with a babysitter. As if smelling the issue on the person, the cat was not only able to sense the problem, but the feline was also able to warn its owners to the issue effectively enough that a bigger tragedy was averted.

Grab your phone and overnight bag Claire screamed into her daughters room, as she frantically starting packing her toddler son’s things. It was nearing midnight and they had been sound asleep, but Claire needed to get herself and the kids out of the house quickly.