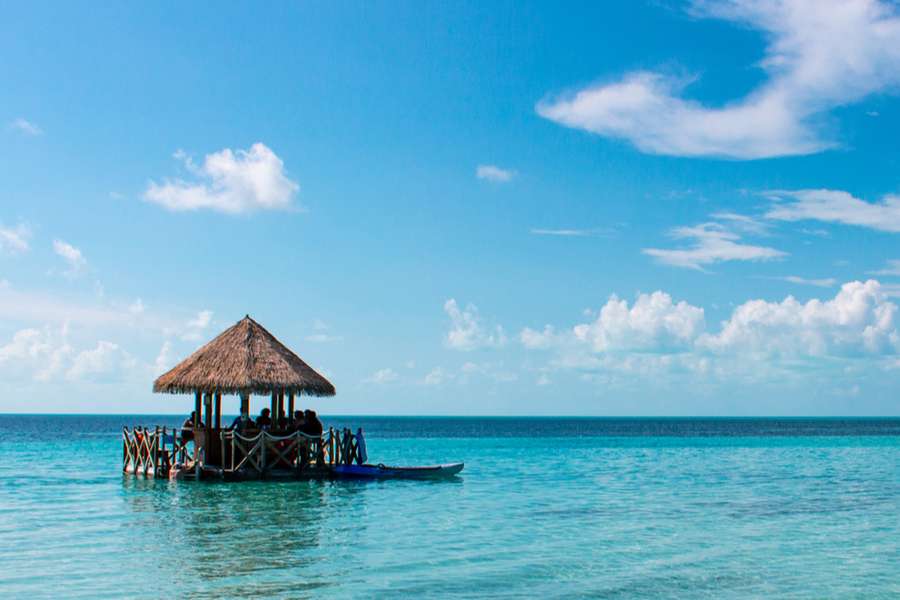 It was supposed to be a normal, wavy afternoon as Jimmy MacDonald from Albany rode the waves on Lake George in his kayak- little did he know.

According to him, he lost focus and drifted away from his wife and step-kids because he was taking pictures with his new mobile phone. By the time he realized what was happening, it was too late- the water got choppier, he lost control of his kayak and tipped over into the water.

Jimmy was in a lot of trouble and to make it worse, his life jacket was coming up over his head- he hadn’t secured it properly. Within a few seconds, he found himself holding on to the kayak with one hand and his new $1,400 smartphone, the origin of the problem, with the other.

According to him, he spotted other kayakers and canoeists passing by, but he was too proud to yell for help. After futile efforts to get back on his kayak, he decided to accept his fate, and resorted to asking God for help.

“That’s when I said, ‘Alright, I think I might die today. I think this might be it.’ I prayed to my lord and savior Jesus Christ for help,” Jimmy said.

Luckily for him, Greg Barrett captain for Tiki Tours was in the area.

“A lot of things aligned that day,” Barrett said.

At first Barrett spotted Jimmy’s paddle and then one of his passengers said they heard a call for help.

“So as soon as I turned the boat towards him, I realized his life preserver had been in the upper portion of his head, and he was hanging on for dear life,” Barrett said.

They knew they had to save his life, so they got close to him, and helped him get onboard their vessel.

Apparently, Jimmy is a drug counselor and a recovering addict.

“How funny is it that I’ve been sober for seven years and I get saved by a tiki bar?” Jimmy laughed.

Surprisingly, it was not just any tiki bar- it was one packed priests and seminarians from the Paulist Fathers, a Catholic retreat on the lake. Remember that Jimmy prayed for help for some heavenly intervention? Well, his prayers were answered in form of holy men on a floating tiki bar. Coincidence? Doesn’t look like it.

The priests and seminarians who were onboard are certain that Jimmy’s rescue was not at all natural or normal. They believe that a supernatural and divine force influenced their availability to help Jimmy right when and where he needed them.

“We’re missionaries,” said Chris Malano, a second-year seminarian. “For us, that day, that was our mission to be present and to help someone in need.”

Jimmy’s job and life career was to help people drowning in addiction, but he was literally saved from drowning by God’s holy men, right after praying.

“I just take that as a sign from God that he’s got me here for a real reason,” said MacDonald.

When Richard Linklater released his future cult classic Dazed and Confused in theaters back on September 24, 1993, he had no idea what the world had in store for him. The coming-of-age flick followed a group of students in the Texas suburbs as they prepare to initiate a group of incoming freshmen. While the film can now be seen through the lens of the many stars on its roster, at the time it was a risky flick with little fanfare behind it.

A certifiable cult classic, now is the perfect time to look back at the cast that made Dazed and Confused the iconic film that it is today! 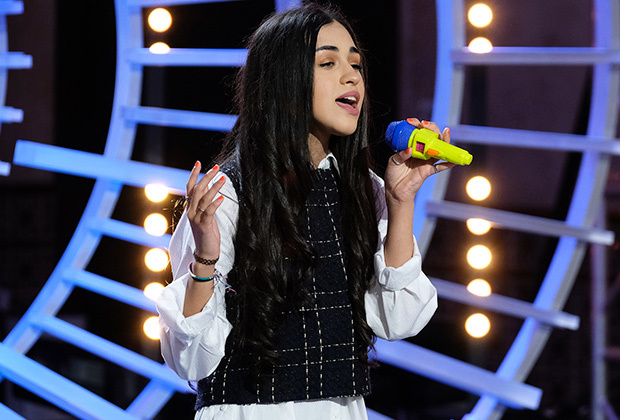 Do you remember where you were when the first episode of American Idol aired on Fox in 2002? While the platform may seem a little dated at this point in time, with more singing shows than aspiring singers it feels like, the program offered singers the chance to change their lives in front of a huge audience of American voters. Now 19 seasons later, performers like young Alanis Sophia are getting the chance to strike out for Hollywood for the opportunity to become America’s next idol.

The most recent name that has everyone talking is young Alanis Sophia, a contestant from Wesley Chapel, Florida, who was named after the famous singer, Alanis Morissette. Sophia appeared on the program in late February to raucous applause from the star-studded cast of judges, including glowing praise from Katy Perry herself!

For Alanis Sophia, appearing on American Idol in 2021 was all about making the most of a second opportunity. Still just 19-years-old, Alanis wasn’t even born when American Idol began airing. Originally staking her claim to the music scene at the age of 11, Alanis would appear on and land second place in the Spanish-language iteration of The Voice, titled La Voz.

After coming so close to tasting victory, Alanis would focus on curating her skills while plying forward with her work at school. Sophia would attend Pasco School and graduate from the institution in 2019, paving the way for Sophia to focus entirely on improving her skills and preparing for a second chance at Idol-fame when the program returned to Florida in 2021.

Upon arriving at the show, Sophia would get her chance to perform in front of Lionel Ritchie, Katy Perry, and country musician Luke Bryan. A visibly confident Sophia would explain to the judges that she had been gifted an American Idol microphone as a child and that she had clung to the hope of ‘going to Hollywood’ ever since. Sophia also explained to the judges that American Idol would operate as a bonding point between Sophia and her mother, often pointing to how music helped them during tough times back in Puerto Rico.

The Performance of a Lifetime

After explaining a bit about her story, Alanis would set forth with her own rendition of Anyone by the esteemed and incredibly talented Demi Lovato. Sophia kept the gifted American Idol microphone in her hand throughout the touching rendition, bringing smiles to the face of Katy, Luke, and Lionel. By the time the song had ended, it was clear that Sophia had won over not just a single judge, but all of the judges.

Katy Perry would open up the discussion regarding Sophia with instantaneous effusive praise saying, “She is the best we’ve seen today.” Such high praise from one of the most successful pop artists of all time should go a long way toward Sophia’s confidence in her skills, but that wasn’t all the judges had to say.

Lionel Richie would pile onto the praise that Sophia received after Perry finished gushing over the performer. Richie pointed out that Sophia had a ‘purity’ to her voice and that Sophia’s personality ‘requires nothing but exactly who you are’. Ritchie would go on to say that Sophia had huge potential and those words were quickly echoed by Luke Bryan.

Now on her way to Hollywood for another chance at stardom, Alanis Sophia and her family are hoping for a finish at the top of the competition. Yet with such high praise from music legends like Richie and Perry, it feels like Sophia is already on the way to victory. 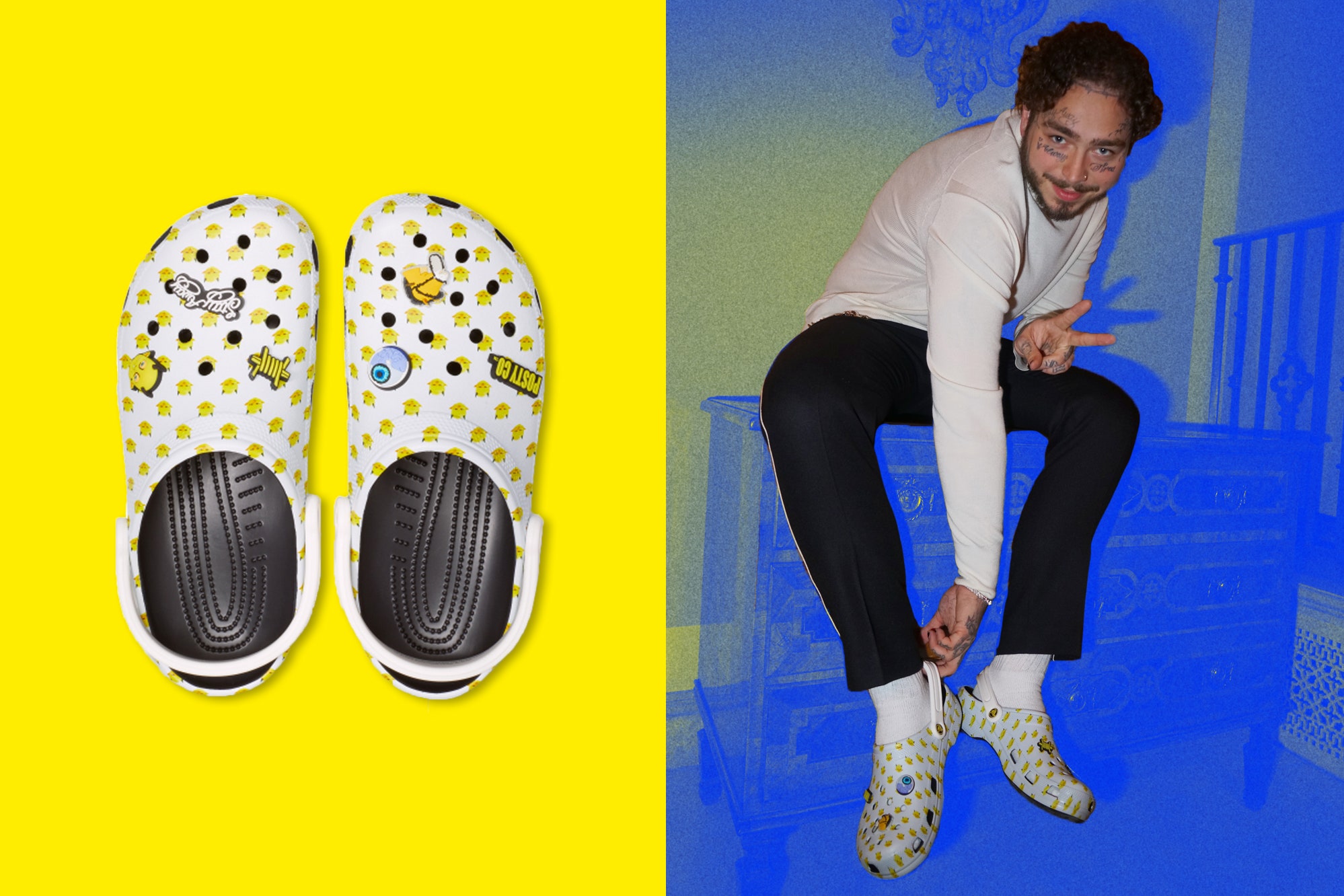 Many people have been doing their part to help alleviate the stress that front line workers continue to face as the coronavirus continues to wreak havoc on the United States and other countries of the world.

Some have donated food, their assistance, donations to the hospitals and health facilities, and so much more.

From small groups to big-name celebrities, we continue to see them giving to remind the essential workers that they are appreciated.

Most recently, music superstar Post Malone and renowned shoe company Crocs joined forces with Musicians on Call to contribute ten thousand pairs of their sought after and completely sold off Duet Max Clog II collab to emergency workers in seventy hospitals across the United States.

Musicians on Call, a non-profit organization that conveys the therapeutic strength of music to patients and caretakers in hospitals across the nation, will give a free pair of Grammy-winning singer’s sold-out fifth Crocs footwear to hospital workers.

A donation is an act of gratitude for the frontline workers’ consistent efforts during this ongoing pandemic.

Head of Musicians on Call Pete Griffin believes the pressure of the coronavirus on staff in all sections of the health facilities has been brutal.

He added that they have been doing all they can to continue bringing the pleasure of live music to the staff members.

He expressed his gratefulness to Post Malone and Crocs for engaging in the effort by providing additional relief when the workers need it the most through what he deems as a substantial donation.

Griffin, who is both CEO and President of Musicians on Call, added that due to what Post Maline and Crocs did, custodians in scores of hospitals across the United States would have the extra support of their Crocs to help them through their day.

Meanwhile, giving back is not new to Malone, who has been doing so for a very long time. Even though he may not release most of what he does to the public, the recipients usually choose to do so.

Even recently, when he donated to the Grapevine High School, the very grateful principal, Alex Fingers, chose to disclose Malone’s charitable act on Twitter.

He thanked him profusely for always choosing to give back to the community.

On day one, the shoes were all off the shelves as his fans completed to get a pair of the hot commodity.

The quick time frame that the shoes sold out came as no surprise, however, since the last four designs that he rolled out shared a similar fate.

For those desperate to still snag a pair, they are accessible on sites that do resell of sought after products.

Hopefully, many more celebrities will come on board to help keep our front line workers motivated and feel appreciated.

Even a thank you goes a long way in letting them know that they are not forgotten as they continue to fight the pandemic, which is yet to show any signs of letting up.

With more than four hundred thousand dead in the United States and talks about new strains of the virus being bandied about, we have to keep them encouraged.

20 Stunning Celebrity Mansions That Are Just TOO Luxurious to Believe! 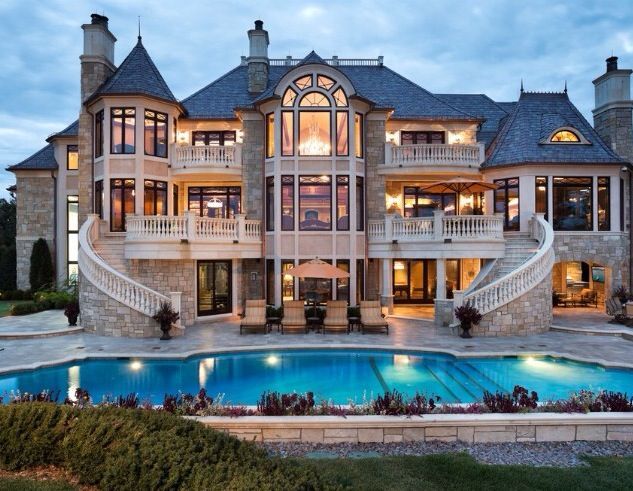 We often turn to the world of celebrity because it can provide us with an insight into the rich and lavish lifestyles that they lead. Celebrities aren’t always known for how wisely they spend their money, but one thing is for certain – they sure do know how to spend it!

Today, we are going to take a look at some of the largest and most expensive celebrity homes in the world. With price ranges varying from $28 million all the way to $100 million and over, we’re sure that these homes might just stay in our dreams.

Time and age have been a blessing or curse for humanity through the ages. Regardless of being rich or poor, time eventually catches up with everyone. The effect is welcomed by some and feared by others, but we all get there eventually. Age has been reflected in the arts in thousands of ways which, ironically, has allowed images of people to live thousands of years longer than their biological form. Today, our celebrities are no different; they age just as much as anyone else. However, successful stars have a lot of tricks up their sleeve with cosmetics, exercise and similar to fend off the appearance of aging far better than most, which is not surprising given how much appearance matters in their industry. So, it was a bit of a shock for everyone when a computerized what-if via Face-App was displayed recently showing a number of the stars aged significantly. Some turned out okay, even more distinguished. Others, well, not so much.